In the long run, the greatest story wins.

Christianity grew from a tiny Messianic Jewish sect to the cultural backdrop of all of Western civilization with a radical message: that all human life is valuable and capable of redemption. In fact, it goes one step further, revering the poor, sick, and outcast; in the next life, “the last shall be first”. That is a powerful story.

But in our postmodern world, we have lost faith in both God and reason. We no longer dream of going to the stars and populating the universe; rather, we squabble over the taxes paid by the only man trying to make us multi-planetary. We face a dearth of unifying narratives, resulting in feelings of anxiety, helplessness, and alienation. We yearn for a story that gives our lives meaning. We want to know that we matter.

This context makes the events of the past two weeks so compelling. The story currently playing out in Ukraine, a story with forcible Biblical parallels – from David vs. Goliath, to the invasion of Jerusalem and destruction of the Temple, to the final battle at Armageddon – is perhaps the strongest narrative I’ve seen in my lifetime. 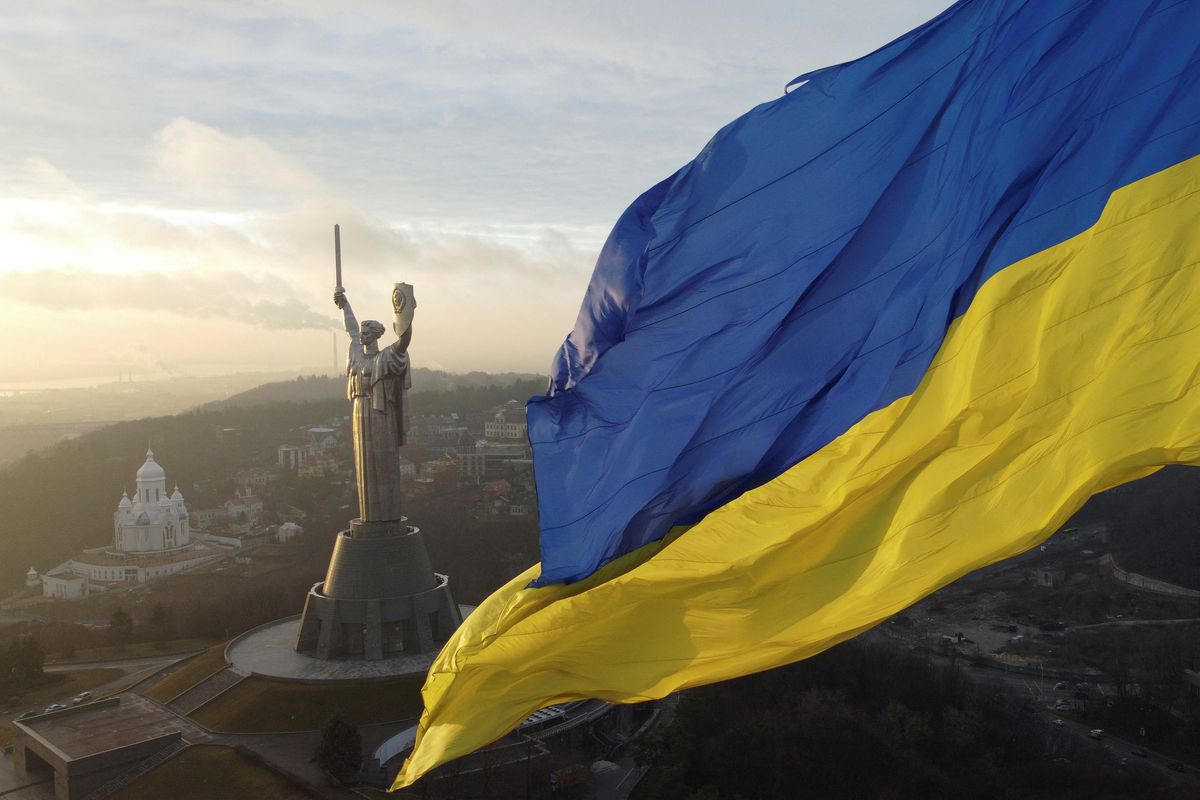 The Ukrainian cause has united nearly every country on Earth. It has shaken American politicians out of their myopic political point-scoring and rallied the world around a good vs. evil struggle the likes of which we haven’t seen since World War II.

In short, Ukraine’s story is superior to Putin’s. While Russian soldiers fight due to dictate, Ukrainians fight for ideals like democracy and freedom. They fight for their way of life and very lives. They are defending their homeland and asserting independence.

This story is more powerful than any conqueror’s.1 And Ukraine has done a masterful job in crafting the narrative. 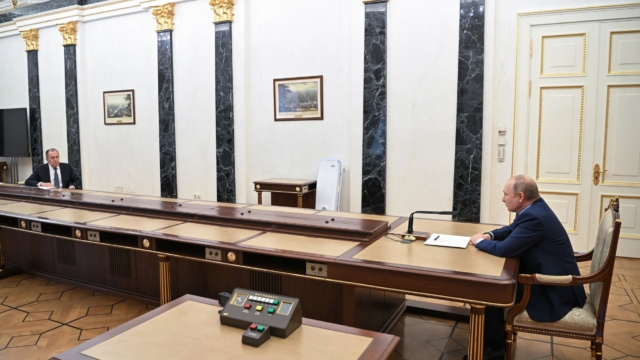 A month ago, Putin was considered the quintessential strongman. Over the course of the past two weeks, he’s gone from projecting strength to showing distrust and weakness. His physical distance is indicative of his isolation from the world.

Contrast this with Zelenskyy, who embodies a Servant of the People.

“He who has a why to live for can bear almost any how.”

Zelenskyy is just a man put in hard circumstances. But with each day that passes, his legend grows. His daily addresses to the Ukrainian people as a show of strength, a speech to the European Parliament so powerful that it causes a translator to choke up, the epic line: “The fight is here; I need ammunition, not a ride” – all of these contribute to his legacy and tug on our heartstrings. 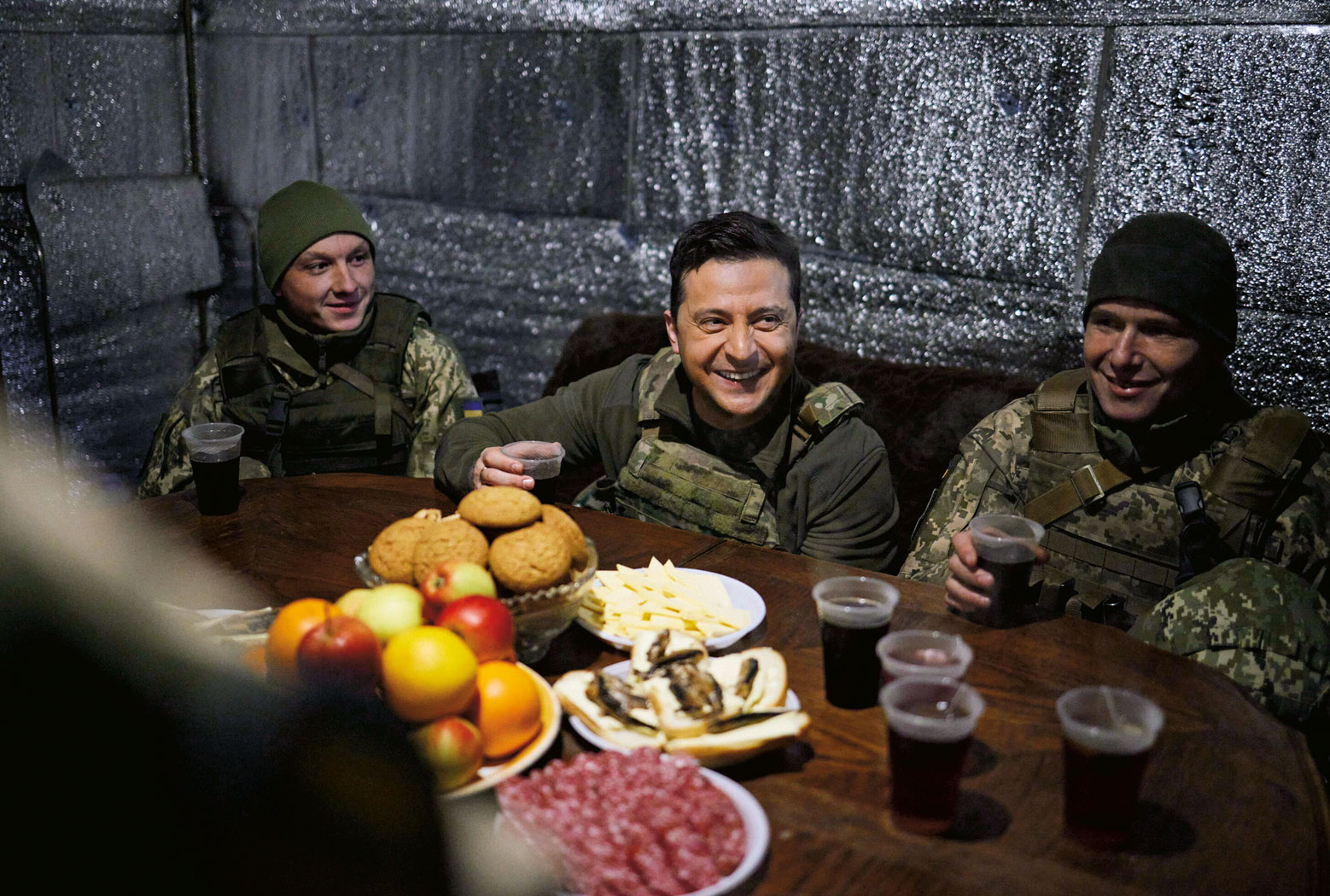 It’s not just Zelenskyy. Individual stories serve as an inspiration, and demonstrate the moxie and chutzpah of the Ukrainian people. Foreigners are flocking to Ukraine to fight for democracy and freedom, reminiscent of the international volunteers who bore arms against fascism during the Spanish Civil War.

These stories give Ukrainians, and the world, hope. They will last for generations in the hearts of those directly affected.

Our Stories No Longer Serve Us

And yet, stories require constant retelling. The power of narrative decays exponentially with time and distance.

“We use words like honor, code, loyalty. We use these words as a backbone to a life spent defending something. You use them as a punchline.”

The American people have become effete. And the stories foundational to our nation – freedom from tyranny, “all men are created equal”, representative democracy – have become a punchline.

The West may talk about defending freedoms, about supporting Ukraine, but stands by and watches a European power annex lands from its neighbors. Appeasing the last leader who pulled that stunt sure worked out nicely.2 At the same time, it directly contributes to the Russian war effort with its purchase of Russian energy.

We defend our ideals when it’s convenient for us. We care about Ukrainians about as much as we care about the plight of the Uyghurs: enough to say that it’s very sad, but not sad enough for us to pay double for our iPhones. It’s great that the Ukrainian people are struggling for democracy…as long as we don’t need to pay more than $5 per gallon for gas.

We pat ourselves on the back for sanctions, but what is the endgame? In the most charitable interpretation, politicians are thinking several moves ahead and giving Russia an out. They’re trying to not squeeze so hard that Russia snaps and lashes out, à la Japan in 1941.

But will sanctions truly pressure Russian oligarchs to overthrow Putin? Will they lead to a decrease in Russian morale and end the war? Or do they only serve as a deterrent to other nations thinking of doing the same (see China vis-à-vis Taiwan). If sanctions are meant to be a future deterrent, we need another solution to get out of the current crisis.

We are no longer a serious people. Our politicians are concerned about what the electorate will think of them at this year’s midterms. Meanwhile, Putin releases a literal essay on his plans to reunify the Soviet Union and we collectively yawn. He can’t possibly stand for a prosperous Ukraine bordering Russia, so he’ll drop so many bombs that life in a sanctioned Russia looks great by comparison. And he won’t stop there. We’re already in World War III. We just haven’t realized it yet.

The most likely scenario is that Ukraine goes the way of the Syria. People will be sad about it for a few months, donate some money to help with the refugee crisis, and then forget about it. The world will do nothing while an entire country disintegrates under Russian rounds. Russia has ignored both the principles of jus ad bellum in invading an independent nation for the sake of empire-building and jus in bello in its blatant perpetratration of war crimes against civilians.

Syria was a much less clear-cut moral dilemma: with ISIS fighting on one side and a dictator on the other, perhaps it was best that the West largely remained uninvolved. But Ukraine is not Syria. Ukraine is a nation that dared to have a democracy, that ventured to operate outside of the sphere of influence of an authoritarian state, that is now struggling against an evil empire.

The very least we owe ourselves and the Ukrainian people – who are fighting for their lives, for the very freedoms that we supposedly hold dear – is the truth: We no longer believe in our principles. Sure, we’ll fight if the war comes to American soil, but the post-World War II world order is dead. Raise an army, develop nuclear weapons. Because you’re on your own. Treaties mean nothing; no other country is coming to bail you out. With every day that goes by, I agree more and more with Zelenskyy:

Ukraine knows its story. It believes in its story. The Ukrainian people are fighting and dying for that story. In the long run, they are likely to prevail – Russia will not be able to hold a hostile Ukraine. Still, how many will die in the interim?

But their story is not good enough for us. We’ve forgotten that freedom requires sacrifice. We have no story worth fighting for.

We need a new story.

For all its evil,war sometimes has a tiny silver lining. It can clarify the mind and reboot our ethical compass. It puts less serious things in perspective. It nudges us towards our neighbor and reminds us that our needs and interests are intertwined. It reignites our compassion.