If cars were invented today, they would be illegal.

We give 16-year-olds minimal training, then entrust them with the control of a 3,000 lb. weapon for the rest of their lives.1 You can be an awful driver, but even if you get into an accident, your license will rarely be taken away.

Over 100 people per day die in car crashes in the U.S. This is the leading cause of death for people aged 1-54. Each year, an additional 4.4 million people are injured badly enough to need medical attention, costing over $380 million in direct medical costs.

You are 750 times likelier to die in a car accident than on a commercial airline flight. Similarly, buses and trains are far safer than driving a car. 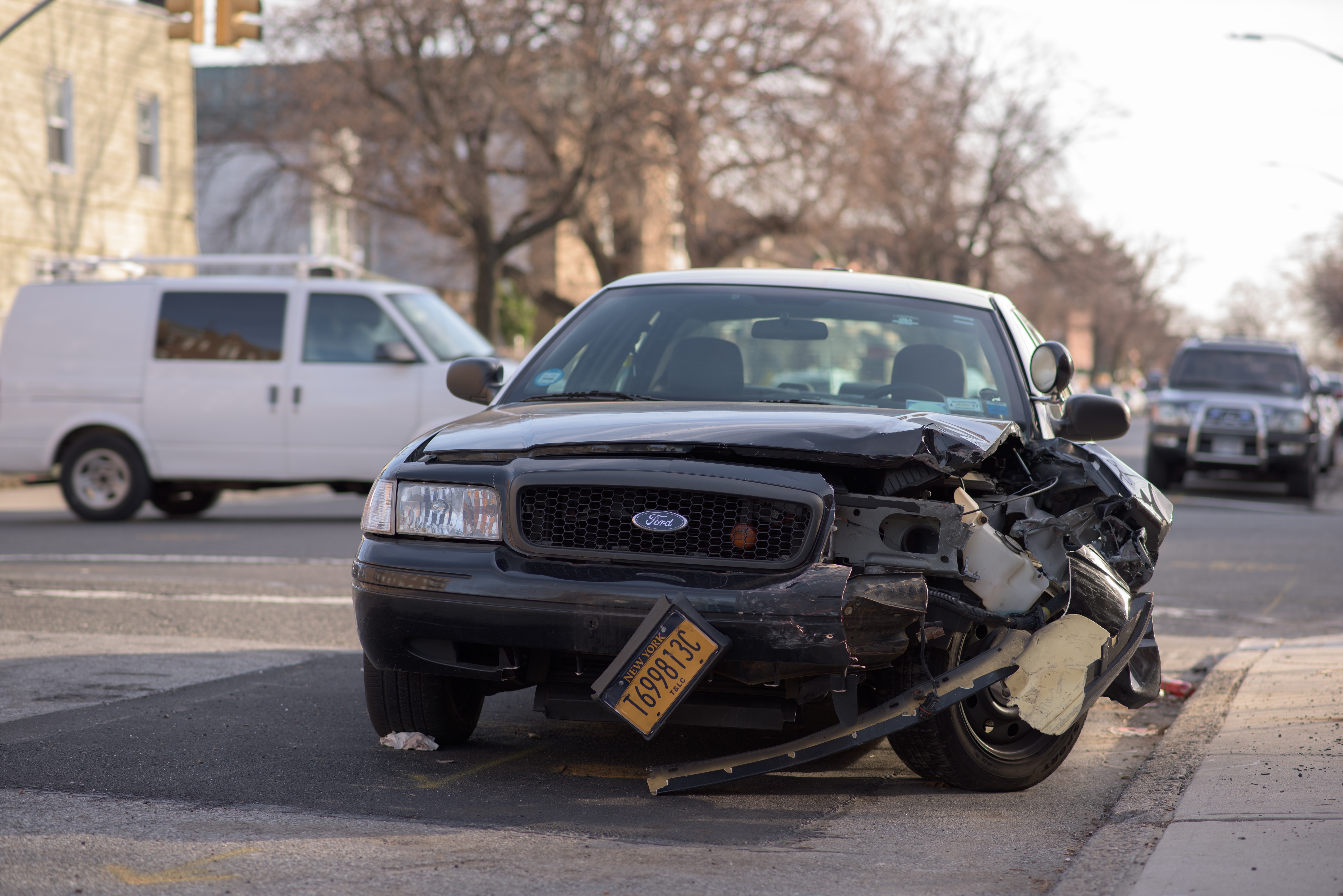 If cars had not been invented, and we had designed 20th century cities around people, rather than the automobile, we’d have a robust public transportation network that would all but eliminate the need for cars, at least in cities and suburbs (see Japan). Even today, an auto-piloted Tesla is 9x safer than a human driver in a normal car. We should arguably drive cars the same way that pilots fly airplanes – with a bit of manual intervention when necessary, but otherwise letting a computer do the work.

So why do we still allow driving?

Status quo bias is one of the most pernicious insensibilities that permeates our collective consciousness. In short, we have an emotional preference for the current state of affairs.

It is nearly impossible to contest the societal inertia around what already exists. But if you examine some of our cultural practices from first principles, they begin to appear more and more nonsensical. Some pertinent examples:

Consider the trolley problem. A runaway trolley is hurtling down the tracks. Tied to the tracks in front of it are five people. If the trolley continues, it will undoubtedly run them over and kill them.

But wait! You’re standing next to a lever. If you pull the lever, you can divert the trolley to a different track, where only one person is tied to the tracks. What do you do?

But not making a choice is itself a choice! Choosing inaction by default, rather than reason – tacitly endorsing the current state of affairs – demonstrates an incoherently fatalistic worldview.

Societally, we are faced with the trolley problem every day. And because we don’t make the difficult ethical decision to pull the lever, we default to the status quo and do nothing. Ex post facto, we all pat ourselves on the back for being good deontologists, while through our inaction we increase the amount of suffering in the world.

But what about Chesterton’s Fence? There must be some benefit for doing things the way that we do them.

I’m not so sure. Societal forces build up incrementally over time, as individual actors respond to the incentives present in their current circumstances. See Moloch.

Or, as Scott Alexander recently put it in a post regarding the effects of missing school in the wake of COVID:

Eliezer Yudkowsky tells a parable about a society where people hit themselves on the head with a baseball bat eight hours a day for some reason. Maybe they believe it drives out demons or something. Then they learn that it does not, in fact, drive out demons. But everyone has great reasons why they need to keep doing it.

“It’s a great way to increase your pain tolerance so that the little things in life don’t bother you as much.”

“Every hour you’re hitting yourself on the head with a bat is an hour you’re not out on the street, doing drugs and committing crime.”

“It increases the demand for bats, which stimulates the lumber industry, which means we’ll have surplus lumber available in case of a disaster.”

“It improves strength and hand-eye coordination.”

“It may not literally drive out demons, but it’s a powerful social reminder of our shared commitment for demons to be driven out.”

“It’s one of the few things that everyone, rich or poor, black or white, man or woman, all do together, which means it crosses boundaries and builds a shared identity.”

“It binds us to our forefathers, who hit their own heads with bats eight hours a day.”

“If we stopped forcing everyone to do it, better-informed rich people would probably be the first to abandon the practice. And then they would have fewer concussions than poor people, which would promote inequality.”

“It creates jobs for bat-makers, bat-sellers, and the overseers who watch us to make sure we bang for a full eight hours.”

“Sometimes people collapse of exhaustion after only six hours, and that’s the first sign that they have a serious disease, and then they’re able to get diagnosed and treated. If we didn’t make them bang bats into their heads for eight hours, it would take much longer to catch their condition.”

None of these are false per se. Banging a bat against your head for eight hours a day does have lots of advantages. They’re just not advantages that would cause us to want to take up the practice if we weren’t already used to it.

With any of the examples above, I can build arguments that rationalize the behavior. Alcohol leads to social mingling that we wouldn’t have otherwise, football teaches teamwork, we need to circumcise our sons so that they aren’t embarrassed in the locker room. But that doesn’t mean that these we should engage in these activities. We should constantly be re-examining our assumptions from first principles.

For example, we are far too risk-averse when it comes to testing medicines. The Moderna COVID vaccine was ready in February 2020. It took another 10 months for it to get FDA emergency use authorization. This is just the most conspicuous example of a problem endemic in life sciences.

Extend this to any technological improvement that can prevent human suffering. Nick Bostrom tells The Fable of the Dragon-Tyrant:

There was once a dragon that terrorized the planet. It was so powerful that humans could not hope to defeat it. So humanity reached a state of dreadful detente – they would send 10,000 human beings to be eaten by the dragon each day. This went on for as long as anyone could remember, so that a mythology arose around it:

Spiritual men sought to comfort those who were afraid of being eaten by the dragon (which included almost everyone, although many denied it in public) by promising another life after death, a life that would be free from the dragon-scourge. Other orators argued that the dragon has its place in the natural order and a moral right to be fed. They said that it was part of the very meaning of being human to end up in the dragon’s stomach. Others still maintained that the dragon was good for the human species because it kept the population size down. To what extent these arguments convinced the worried souls is not known. Most people tried to cope by not thinking about the grim end that awaited them. 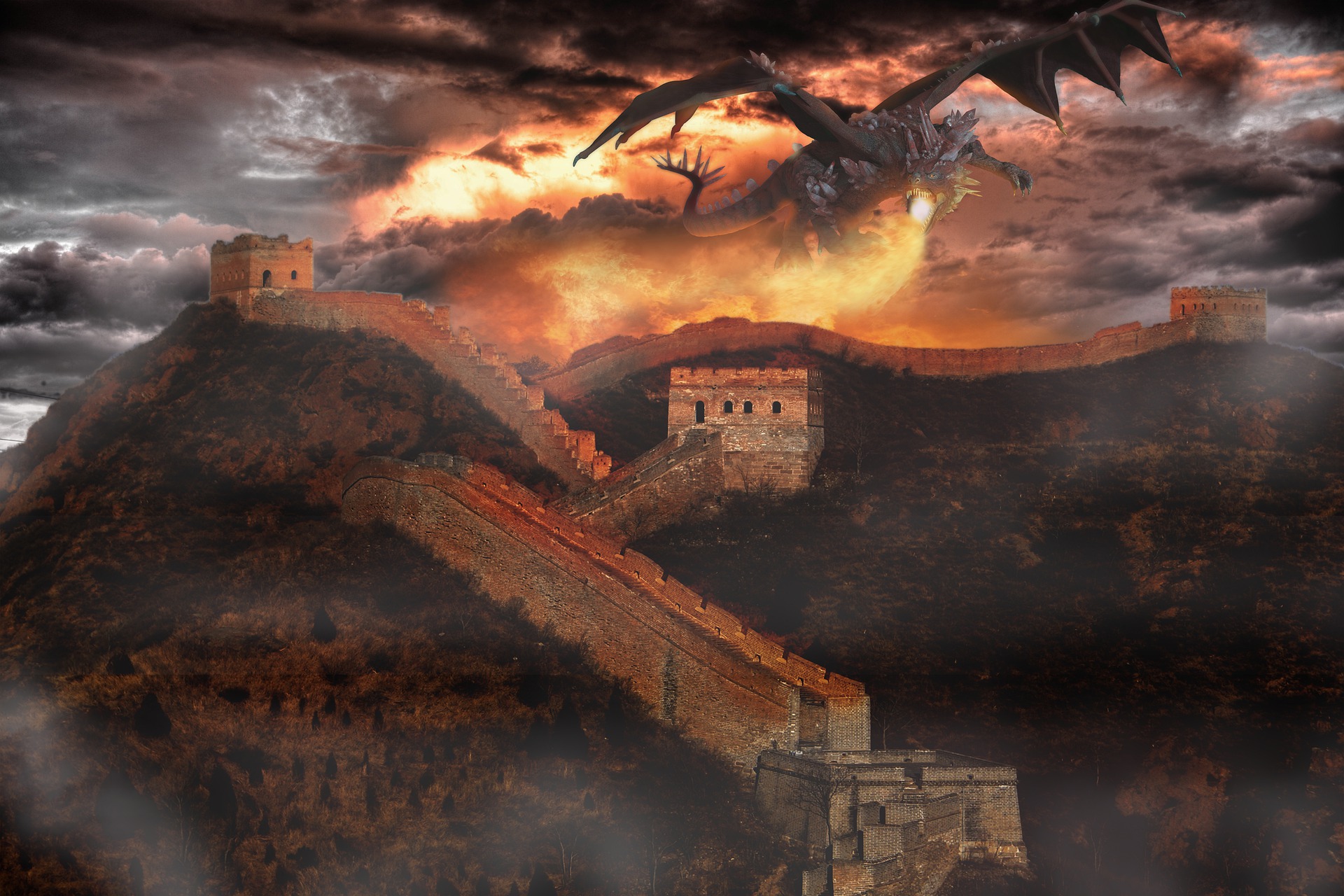 Over time, the dragon’s appetite grew and grew. Entire industries and professions sprung up around the dragon: dragonologists to study it, operations experts focused on feeding it most efficiently, finance professionals to set the dragon-administration budget. The dragon became an accepted fact of life; bureaucrats focused on managing the existence of it, rather than slaying it.

A group of scientists who studied the dragon argued that he could be defeated. It would take time, money, and a lot of hard work, but it could be done. At first, the people wrote them off as crazies. Everyone knew that the dragon was simply a fact of life to be accepted. In fact, it was being eaten by the dragon that gave life meaning – to be human meant living a finite life to the fullest, before ending up in the belly of the beast.

In the end, despite this philosophical reprehension, the dragon was defeated. But not before he caused immeasurable suffering.

This parable is used as an argument for allocating resources to life-extending technologies. But beyond that, we continue to feed large and small dragons each day: all of the suffering that we allow simply because that’s the way things are.

Each day that we don’t act, we continue to feed these dragons. Time is of the essence.