In the past week, New York City has become the global epicenter of the fight against Coronavirus. I’ve never experienced the city and the world changing so quickly. The days feel like months and the weeks feel like years.

This is now our best-case scenario.1 A far scarier and perhaps more likely reality is that the initial shutdown and quarantines in the West are inadequate, leading to needless deaths in addition to a protracted recession. John Hempton minces no words.2

I regard the current course of English speaking democracies (other than New Zealand) as mass murder by the political elite. I think history will regard it that way too.

We’re still in the early days of this crisis. Let’s dig in.

New York has been eerie lately. When I walk outside, it feels like I’m in the movie I Am Legend. Almost all businesses are boarded up. While restaurants can still offer takeout and delivery, most have shuttered entirely, leaving behind handwritten signs on the doors saying they will be closed until further notice. I worry for the small businesses that will crumble due to this pandemic. One small bright spot is a local bar that has reinvented itself as a general store selling soap, toilet paper, and other essentials.

On calls with family and friends, when leaving grocery stores and delis, and even at the end of work meetings, “Stay safe” has replaced “Goodbye”. But we’re experiencing nothing compared to what is going on at the front lines.

The front lines is an apt analogy; it feels like we’re at war. NYU Medical School is graduating students early so that they can aid the fight against COVID-19. A Navy hospital ship has been dispatched to the city. The Army Corps of Engineers is building temporary hospitals. The American colossus is awakening. Perhaps our fear will save us.

How long has the virus been here? Hospital reports of flu-like illnesses began climbing weeks ago. Testing capabilities have only recently ramped up, but they have ramped quickly. People we know have started testing positive; this disease is no longer an abstraction. Any of us could be next. 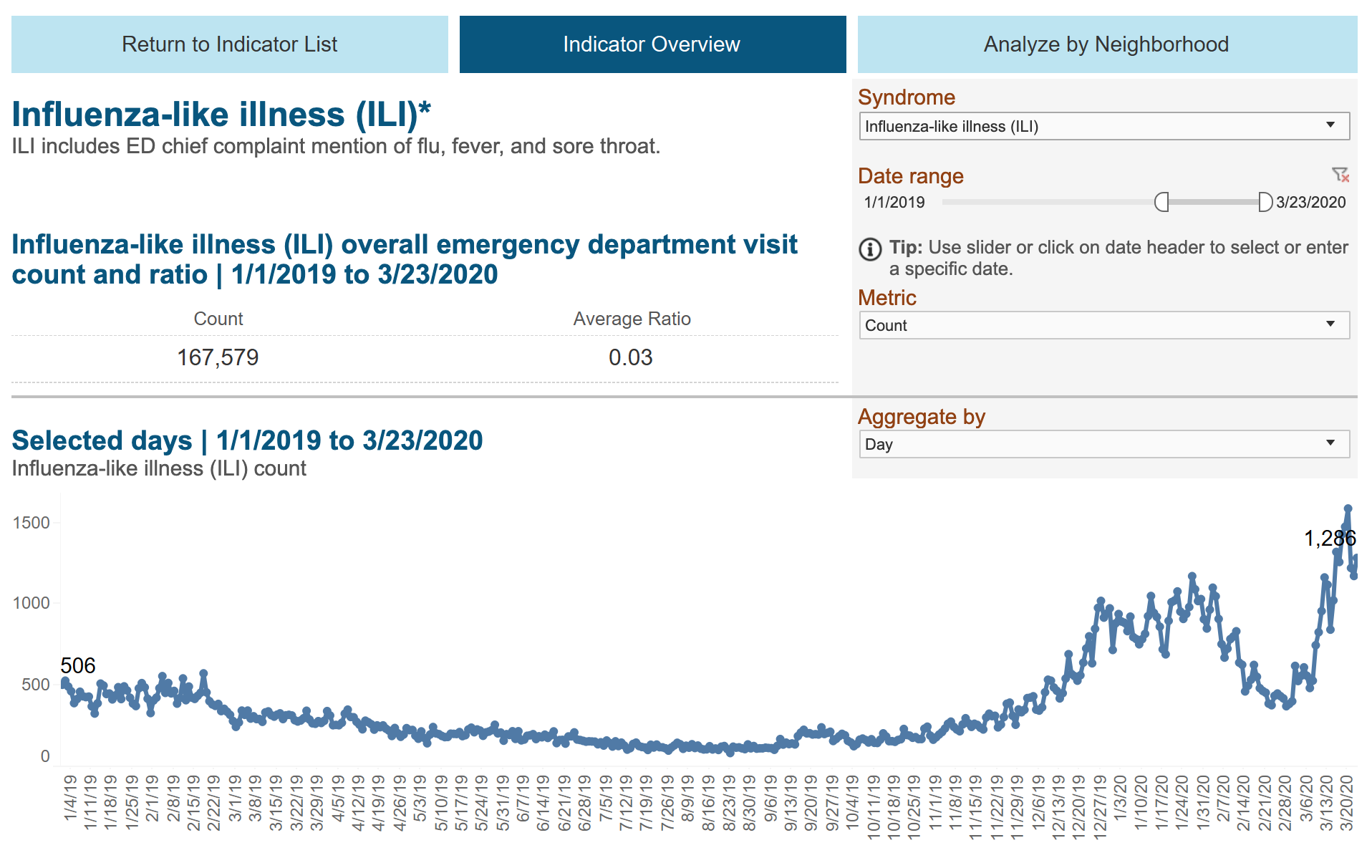 I’m torn as to whether or not Governor Cuomo is doing a good job. My emotional side sees that he is saying the right things, has put aside political games, and is demonstrating strong leadership. At the same time, I see graphs like the below and think that if he had acted earlier in shutting down the state, we wouldn’t need to surrender to the virus. 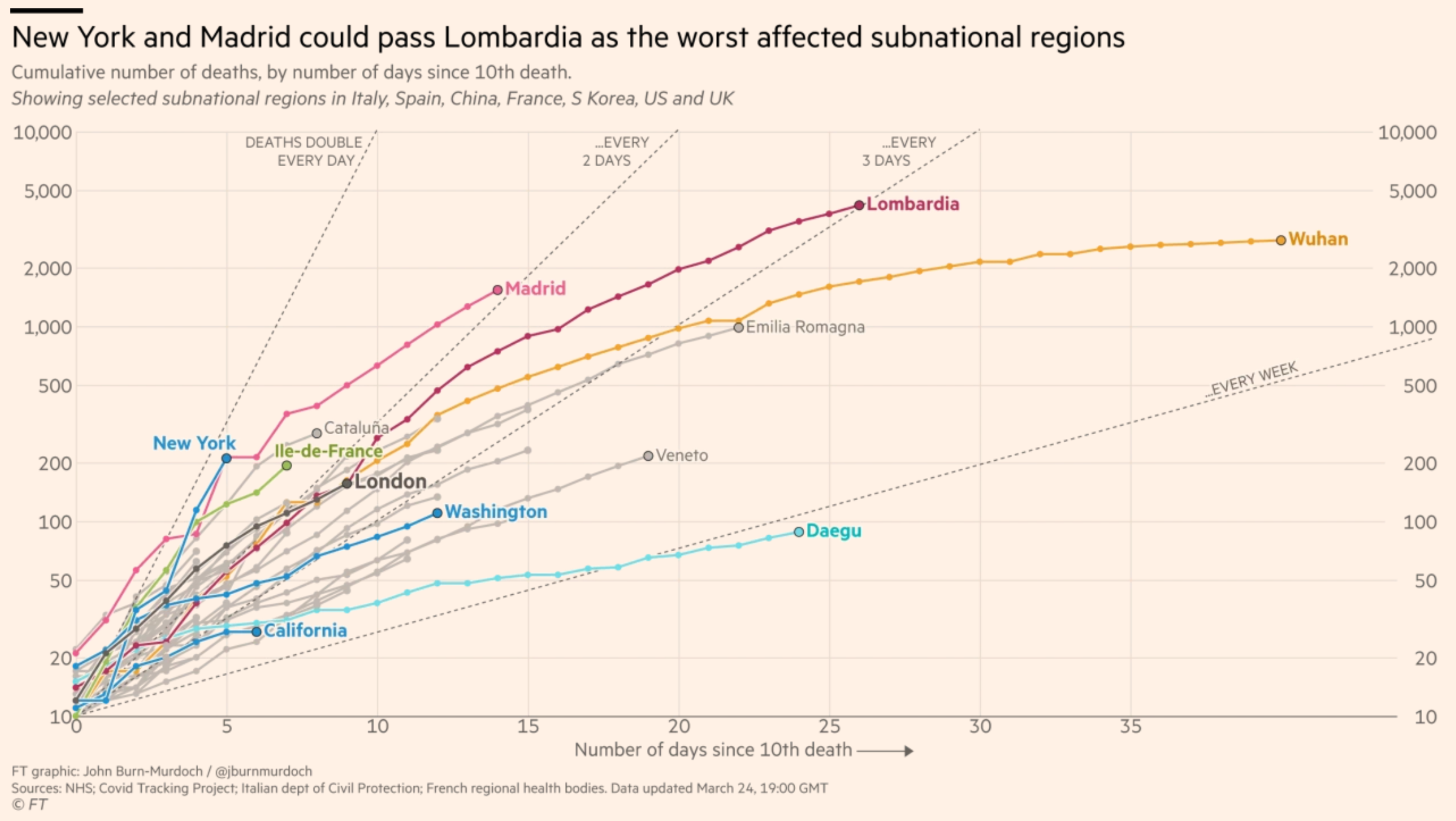 I now understand why the Romans nominated a dictator in times of crisis. I wish that our politicians had the same sense of duty, rather than prioritizing their investment portfolios. I wish that I could pay my taxes directly to Bill Gates, instead of the government.

In addition to the public health crisis, the economic sky has come down. The stock market dropped 25% in a 10-day period. Unemployment claims are expected to jump by an order of magnitude week-over-week. Tax Day – Tax Day! – has been pushed back.

There are rumblings that the medicine is worse than the disease. But we must stay the course; the worst possible action to take would be the epidemic yoyo.

I wonder if this pandemic will lead to a de-urbanization movement. What is the point of living in New York and paying the high rent if you can’t experience any of the benefits? All of the restaurants, bars, shows, and museums have shut down. When we are all living our lives online, why live it from a shoebox-sized apartment?

Things will get worse before they get better. It’s going to be a tough for a while.